In 2017 the Federal Communications Commission (FCC) overturned net neutrality rules that had prevented powerful broadband providers like Charter and Comcast, as well as giant wireless providers such as AT&T and Verizon, from blocking or slowing down access to lawful content. That means these providers can now charge customers like you extra to get the same speeds or “fast lanes” as the big content providers, like Netflix or Amazon Prime. 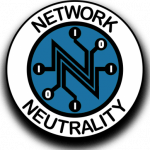 Digital West has always operated as a net-neutral ISP and we have been actively advocating for a return to net neutrality as the federal norm, including promoting the July 12, 2017 Battle for the Net Day of Action initiative. We are committed to maintaining the privacy of our users’ data and will continue to operate under open, fair net principles.

Questions? Let Us Help You.